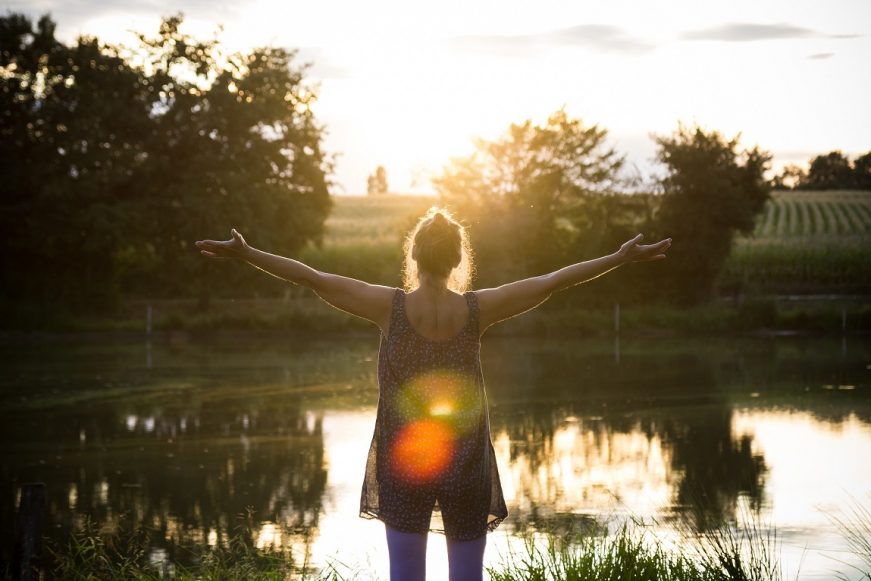 The most powerful thing you can do for your body is to eat well (my Colour Code System shows you how – simply!) get into action and move your body every day…. AND very, very importantly, use the power of visualization in creating your dream body.

Have you ever seen a movie that was so scary that you couldn’t get it out of your mind, or a book that contained descriptions or images that actually caused your heart to race? Perhaps you started to sweat or to breathe more heavily? How does this happen? You know consciously it’s all make-believe, that none of it is real, don’t you? The answer is that you imagine yourself being in that situation and how you would feel, and at that moment it becomes a ‘real’ experience.

In 1975, a movie came out about a shark that was killing people who were swimming just off the beach. The shark used for filming was made of plastic and rubber – in fact, for most of the shots they didn’t even use a full shark model, just the front half because that was all that was in view – and the blood was just sticky, coloured liquid, and yet Jaws instilled so much fear in viewers that some left the cinema shaking and could never go in the sea again. In their imaginations, it was them in the sea, with a real shark, and it terrified them. Even a snippet of the famous soundtrack is still enough to make some people shudder with genuine fear. Such is the power of the imagination – it changes our brain juice.

This is good news, though, because it shows us that we can use our imaginations to create an alternative reality, and when we convince our unconscious of this new reality, it literally changes our behaviours to match it. I’m sure you have heard the term ‘self-fulfilling prophecy’. This is when people talk about something so much that it actually happens. Usually this refers to a negative state, when people keep talking about and visualizing how they are not going to pass that driving test, not going to do well at that job interview or how their relationship will end… and then when these things happen, they act surprised, but still manage to say, ‘I knew that would happen’ or ‘I saw that one coming!’ For many of these people, the only reason these things happened was because they were directing their unconscious to make it happen.

You don’t have to sit and close your eyes to visualise a new outcome. Positive daydreaming is just as effective when you are awake and active. The technical term is positive hallucination. Many people are highly skilled at negative hallucination, and can clearly “see” what is likely to go wrong in a given situation, as we have learned this is how negative self-fulfilling prophecies occur. So, you can create your own positive self-fulfilling prophecy. Your brain will create your future either based on past assumptions and associations, or new ones. If you want to keep what you have already got, don’t change. If you want something different you must first see yourself achieving it and in doing so create the neurological pathways that make it inevitable. Use your imagination!

Be grateful for each part of the body you have now, offer up gratitude for your arms, eyes to see, legs to move etc. Use your imagination to see in your minds eye exactly how you will look when you reach your goal, imagine what outfit you will be wearing and how you feel in your body. Then once again offer gratitude for your dream body, describe each part in detail and what makes you grateful. You must do this at least twice a day: first thing in the morning and last thing at night. If you do this one small thing, then the kinds of decisions and choices you make around food and activity will change gradually and automatically.