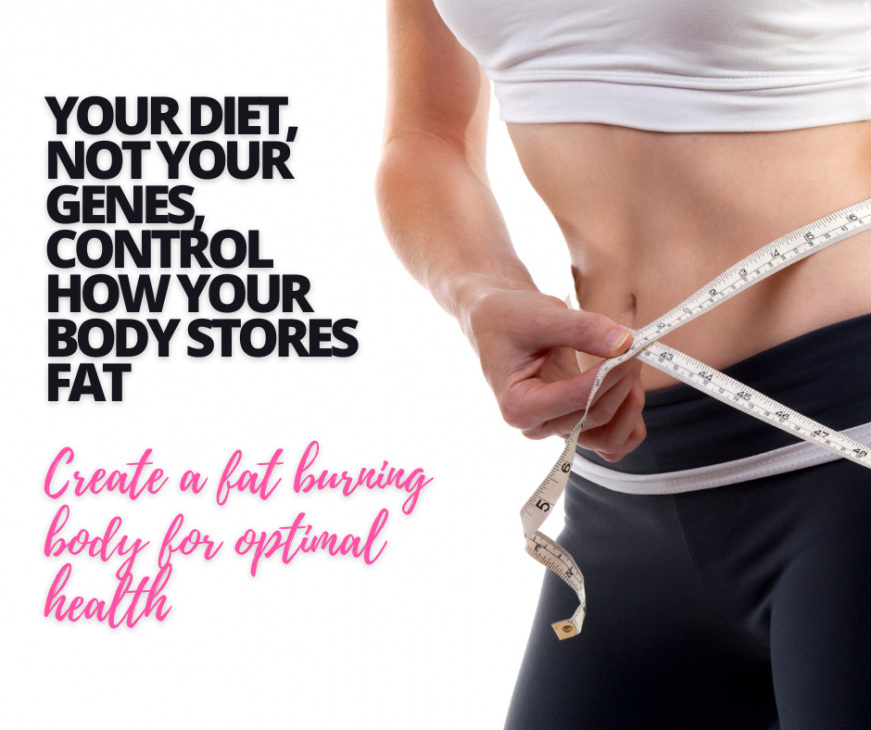 Don’t blame your genes if you can’t fit in your jeans!

The core of my teaching is that there are two key factors that influence if you’re burning fat or storing fat – they are managing blood sugar level and managing the variety of bacteria in your gut flora.

The human body is composed of more bacteria than cells. These trillions of bacteria are collectively called microbiome, and most of them live in our gut. Microbes have many roles including breaking down otherwise indigestible foods and toxins, controlling hunger signals, regulating body weight, and helping control blood sugar spikes. Research shows that imbalance of gut bacteria (called dysbiosis) does contribute to weight gain as well as to many neurological disorders including Parkinson’s and Alzheimer’s.

A diet of highly processed foods is linked to a less diverse gut community AND an overgrowth of unhealthy bacteria will make you crave the wrong foods, triggering inflammation in the body and leading to a vicious cycle of eating, craving unhealthy foods, becoming fatter and sicker. There are compelling studies showing that slim people who can seemingly eat more food without gaining weight have very high levels of certain good bacteria, and obese individuals who seemingly put on weight despite eating the same as the slim person, have a very impoverished variety of species.

A healthy diet including natural probiotics and a good intake of prebiotics (found in uncooked plants and vegetables) helps to maintain and calm the gut. Healthy gut bacteria produce neurons in the brain that produce serotonin. Whilst probiotics populate the gut with new bacteria, prebiotics feed them and sustain them, in this way they are both equally important for gut and brain health.

I teach all this in my unique Colour Code System nutrition plan. The nutrition system identifies which body systems may be out of line, such as an impoverished gut, and helps bring your body back to fat burning efficiency and optimum health.

Something problematic today in so many fad diets such as high protein, low carbohydrate, very low calorie, eating soups and shakes etc. – are that these diets are misinforming people and are not at all beneficial to gut flora. If you’ve been on any of these diets, then your gut may be compromised.

About 32 per cent of people in Britain are already obese, as well as 39 per cent of Americans – the world’s expanding waistline has been labelled a crisis and being severely overweight increases your risk of heart disease, stroke and cancer. Knowing that our bodies are largely controlled by what we eat rather than our genes and that gut microbes can be modified with well balanced diets is great news, you have the power to change your body and your health and I can show you exactly how to do it.